Hey all! We wanted to give you all some insight into where we are with development. Behind the scenes, we’ve been putting a lot of work towards development. We’ve said quite a lot in our Discord server, but not everyone is in there, so we wanted to clarify once and for all what’s going on.

First, before anything else – we wanted to thank you all for your overwhelming support of our project. We have enjoyed creating everything so far, and look forward to continuing adding support for future channels. We appreciate your patience as we continue to work hard.

We ensure all of our work is public as well – find our source code in https://github.com/WiiLink24!

This blog post covers the status of our four targeted channels:

Wii no Ma is the perfect channel to watch unique media, directly from your Wii. We’ve worked hard to add in custom Concierge Miis, who welcome you once you start the game. And we’ve restored some of the original content from Wii no Ma, such as “The Fascinating Repair Man”. Nintendo Week videos. These are all publicly available with our Public Beta, and we hope you enjoy them as much as we do!

Now, for things coming up…

Right now we have some Miis in a parade, but not nearly as custom as we want. If you select a Mii, you go to a company room.

There’s all sorts of things you can do in a room – watch a movie, get a coupon for usage with Wii Room GO, vote on a question, order food, and look at a picture. As it stands, we offer a movie. 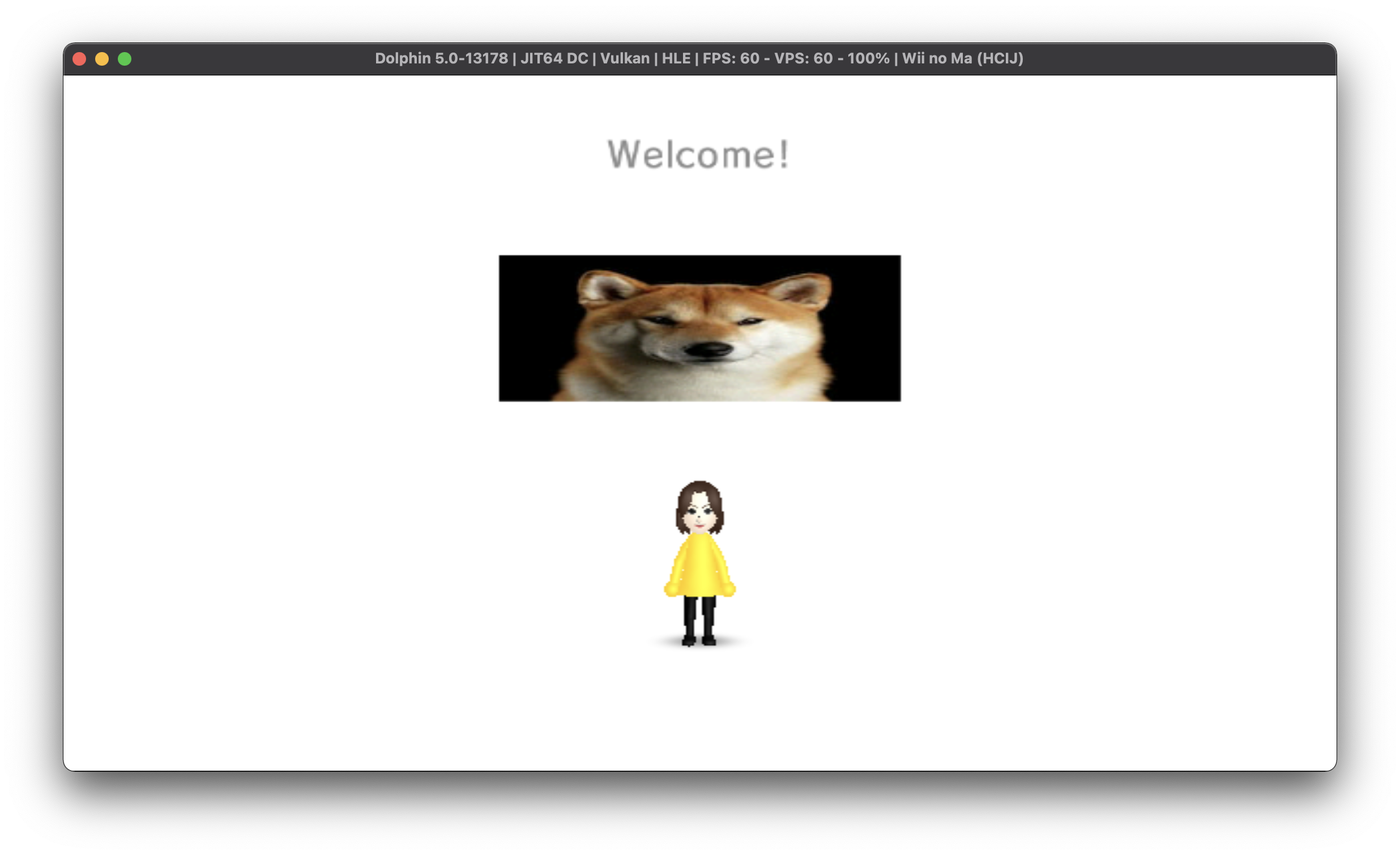 In the future, we want to have a parade filled with notable revival services within the Nintendo community. We’ll have each room link to their website. We’ll also have additional parade Miis so you can test other types, and occasionally add in fun voting questions.

We want to add community videos as a long-term goal once encoding is cleaned up. We want to have original content on our service.

As such, we’ll have original content available under shows, and move current shows to the theatre. We look forward to giving more details whenever development is close. (This will require help from our good friends at the Open Shop Channel.)

We want to add support for v770. It’s quite similar to our current version (v1025), and we expect support to land shortly. v770 crashes far less randomly than v1025 as an added benefit. Stay tuned!

For more information about what v770 looks like, check out this excellent video by NintenDaan on YouTube.

Nintendo developed a DSi version of Wii Room. You can download videos and coupons from your Wii. As it stands, attempting to do this crashes the channel, but we are continuing our investigation to make this work.

A quick note on crashes in our Public Beta

Sometimes when you watch several videos at a time, Wii no Ma crashes. This can be in the form of an infamous buzzing noise, or input freezing up with music continuing to play. This can occur when:

PAL users seem to have drawn the short stick and have the most crashes. When run in 50 Hz, a pink bar even appears in the bottom on top of all of these crashes. We continue to investigate as to why this is and have the channel function.

The Digicam Print Channel is something we continue to develop.

Within this channel, you can create custom albums, photos and business cards. A unique fact about this channel is that it was intended to be released globally. Unfortunately, plans fell through at some point – probably late on, as the Photo Channel still has this text included. While neat, it makes it difficult to localize outside of Japanese as it looks up region-specific strings.

We do not have a finalized version of this channel, but we wanted to show you what is available so far:

We continue to work on having the channel email you your creation once finished. We will update everyone when development furthers on this channel.

If you’re curious about some technical aspects of this channel, you may enjoy this other blog post about its internals.

This channel allows you to order food.

We will not allow you to actually order food – instead sending you a link to services where you might be able. Quite a lot of assets to order food are still available within the channel, so we plan to offer dummy functionality.

This is not yet finished as well, though thankfully localization is far easier on this channel. We want to show you a screenshot of its homescreen instead:

TV no Tomo is admittedly a difficult channel to develop, but one we fully are committed to reviving. It requires WiiConnect24, which as of writing is not implemented in Dolphin. This won’t stop us, however!

As analogue TV is practically non-existent across most of the world, it will be difficult to use its functionality properly. We intend to insert dummy data for scheduling, or potentially source local scheduling for major cities around the world. As development continues, we will continue to provide details as to what is going on within this channel.

Again, thank you for your support! We hope to provide more frequent updates on this blog about our endeavours going forward.